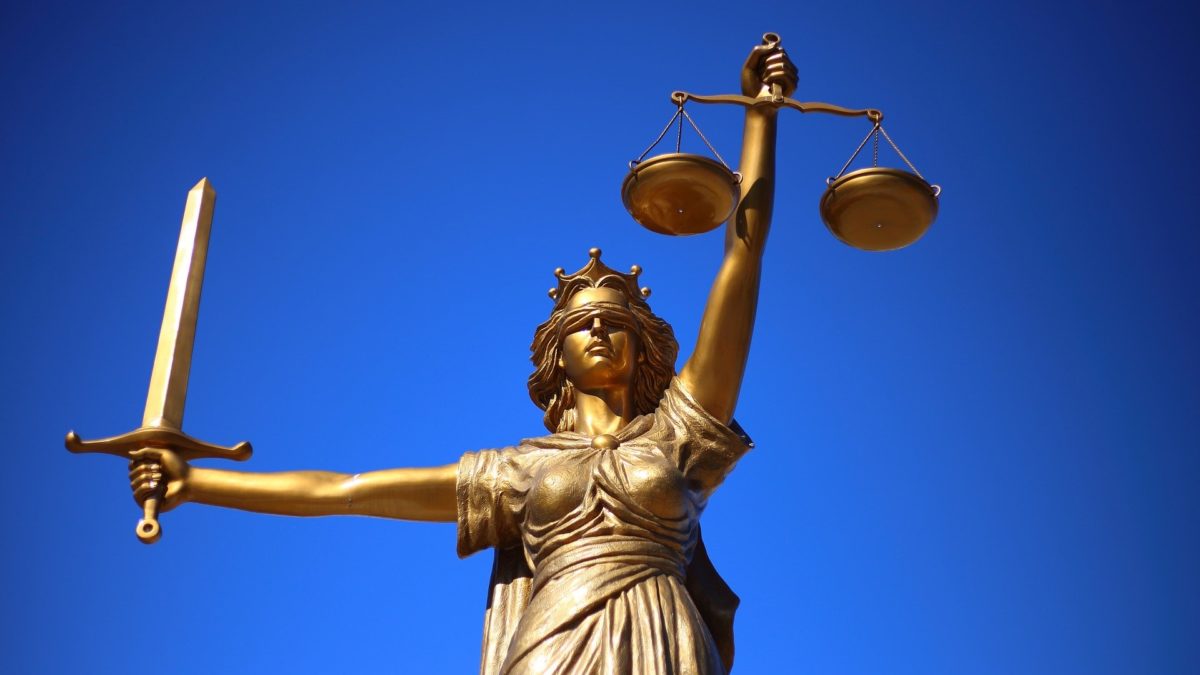 I share here my experience with a judicial system failure. I sued a manufacturer for breach of warranty in Virginia small claims court. On Friday, I won a default judgment. Now I have to figure out how to collect.

My story illustrates our judicial system failure – its unfriendly nature and poor design. I have a JD yet found the instructions and interaction with the courts difficult and confusing.

I tell my story chronologically with comments along the way, starting first with a summary of the facts. And I end with a request for help on enforcing the judgment.

The Facts. In 2011, I had wall-to-wall carpeting installed. It developed multiple, randomly distributed discolored spots with no obvious cause. I filed a warranty claim with manufacturer Shaw Industries, Inc. (a Berkshire Hathaway Company). Shaw’s carpet inspector wrote an inconclusive and vague report. After Shaw denied my claim and some back-and-forth email, I filed a small claims action in early 2020. I sought damages of about $3,600 to replace the carpet.

Virginia Small Claims Court Instructions Are Awful. I easily found instructions for a Virginia action with a Google search on “VA small claims court”. Reading the six-page Small Claims Court Procedures (PDF) was taxing. Its more than 2,500 words, single-space type is poorly crafted and confusing. It should be a workflow diagram or bulleted list. Initiating the action required finding Shaw’s address and filing a “civil warrant.” The instructions reference these steps but fails to link to the relevant forms.

Finding the Civil Warrant (“Warrant in Debt”) Form and Its Separate Instructions. To find both the Warrant in Debt filing form (an interactive PDF form) and the separate instructions for it (a static PDF form) I had to run multiple Google searches. Had I visited the Virginia court website, I might have found both faster but I suspect I and most people rely on Google searches.

Filling in the Warrant in Debt. The actual Warrant in Debt filing form is pretty easy to complete. As with any interactive PDF, user-completed fields appear shaded. Had I seen it first, I would have saved time and anguish.

Determining the Filing Fee. The filing instructions reference fees multiple times but do not explain how to calculate them. A Google search for “VA court filing fees” yields the page Circuit Court Civil Filing Fee Calculation. I had some sense of how to complete this form but I suspect most citizens would find it daunting.

My First, Futile Visit to Local Court to File. I drove 10 minutes to the Arlington County local court armed with two Warrant in Debt copies. I went to the Office of the Clerk of the Court. That was not the right place; small claims is part of a different branch. Fortunately, I only had to go to a different floor. When I handed the copies to the clerk, there were two problems. The first was of my making: I failed to grab from State Corporation Commission website the name of Shaw’s registered agent. My bad. But then the clerk said, very condescendingly, that I needed five copies. The small claims filing instructions say:

you should make two extra copies, one to keep for your own records and one to mail to the defendant, in addition to the number of copies requested by the clerk for processing by the court.

Nowhere could I find the number of copies Arlington County requires. I suppose I could have called the clerk’s office and found out but again, shouldn’t this all be in the instructions? I kept thinking about the judicial system failure.

A Second Successful but Frustrating Visit to File. I returned to the courthouse to file five copies of the correctly completed Warrant in Debt. The person at the window then asked what date I wanted for a hearing. From the instructions, I had no idea that the hearing date would be set at that very moment. The court forbids bringing in any electronic devices so I did not have my calendar. Today, many rely on digital devices for their calendars. Helpful instructions would suggest bringing hardcopy. Fortunately, I guessed a date that worked.

Arriving at Court the Day of My Hearing. Going to court on March 13th, 2020, I had no idea what to expect. I only knew to appear at 9:30am. I went prepared with a stack of printed reading material in case of a long wait. And, not knowing, I drove and paid for all-day parking so I could lock my mobile phone in my car to have it nearby. Outside my courtroom video monitors displayed party names, times, and courtroom numbers. I saw multiple parties at 930am and multiple ones at 2pm in the same room. So that put an outer limit on how long I might be there.

In the Courtroom – Getting Started. When I sat in the courtroom at 9:25am, the number of people seemed less than the number of parties listed on the video screens. The judge entered at 9:30am and read off a list of plaintiff names to take a roll call. That took only a couple of minutes. From some 8 or 10 names, only three were present. That explained why there were fewer people in court than the video monitor listed.

Mediation – WTF!?!. The judge also explained that, if both parties were present, he would send them to mediation. He explained mediation is usually a better outcome than a judge’s order. Mediation is great but WTF I thought. The instructions don’t mention mediation. I have no idea if all Virginia small claims courts use mediation but proper instructions would explain about mediation.

My Case is Heard. The one case before mine took under two minutes for a default judgment. Then the judge called my name. I crossed the bar. Shaw failed to appear. The judge asked me the nature of the case; I said a few words. He then asked for the evidence for my monetary claim. Via the Sheriff, I handed the judge a stack of papers (see image below). The cover sheet had my bullets; my brief, as it were. I explained that the page two had a list of exhibits and one was the estimated replacement cost.

I Won! But Now What? After reviewing my documents for about two minutes, the awarded me the damages I claimed. I was done at 9:45am – a much shorter day than I expected. But now what. Below is a screenshot of the what the instructions say about enforcing the judgement. I thought the theory of small claims court is to make it easy for citizens. Here, in contrast, the judicial system failure means I am still left in the dark. And did I mention I have a JD?

Any Suggestions? I welcome any suggestions about how best to proceed. I will research my options and likely need an Interrogatory to find Shaw’s bank accounts. What if they don’t answer? Shaw does list its factories on the web. Maybe I should get a lien against one of those – but how and when does that translate to cash for me? Maybe it would just be easier to send Warren Buffet a short letter with a copy of this post and ask for his help. He seems honorable.

Concluding Thoughts. My plaintiff experience in Virginia was an eyeopening example of judicial system failure. It does not have to be so bad. I filed a small claim action in New York City before I went to law school. Details are foggy but I remember it being much easier. My bad experience in Virginia makes all the more fervent my believe in “Do Less Law” (#DoLessLaw Tweets and Do Less Law blog posts). The entire Virginia process illustrate how lawyers have overly complicated the system, making it work only for those in the know. Here, doing less would actually mean doing more: investing in process improvement, proper design, and usability testing. Sadly, the political will (and this appears bipartisan) to fund the courts properly appears lacking. Moreover, too few lawyers seem to perceive the problem here. Too many lawyers lack the mindset to even realize the huge problem Byzantine processes create for citizens.