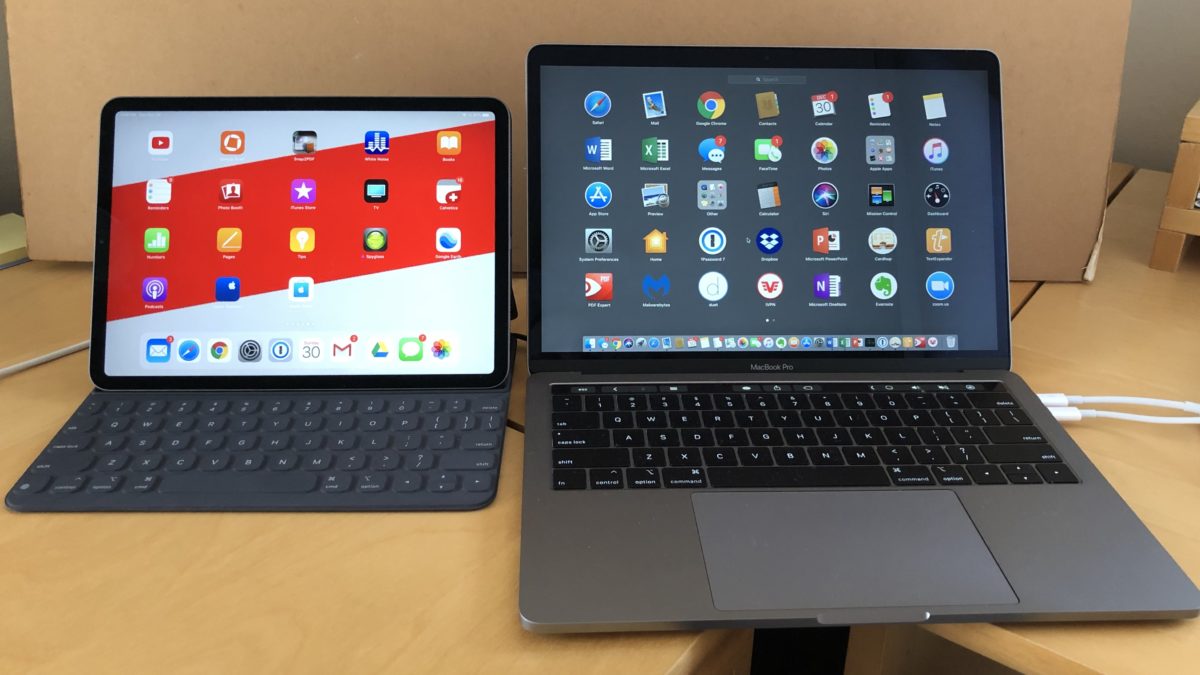 Computers vs Tablets. My Verdict

My verdict is in: even a high-end tablet is not a great substitute for a laptop computer. And a related one: a bigger tablet comes with trade-offs versus a smaller tablet.

For this, my last post of 2018, instead of a 2019 prediction or comment on the legal market, I am focusing on personal productivity. I focus on Apple products here but the trade-offs and conclusions likely apply to equivalent devices / options in the PC and Android worlds.

Two weeks of travel in December with only the iPad Pro 11″, my experiment to see if I might leave the MacBook Pro behind on future trips.

The Positive First: the iPad Pro 11″ is a Nice Machine

While I will not rely again just on the iPad Pro for extended travel, it’s a great machine:

These features come at a price: the iPad Pros is very expensive, especially if you also buy the optional keyboard and pen.

The Negative: I Still Prefer a Computer Over a Tablet

Despite the positives I enumerate above, I found I needed significantly more time to do real work with the iPad than I would have with my MacBook Pro:

I lift weights regularly so would not have thought that 6 ounces makes much of a difference. I was wrong. I found the extra ounces and somewhat larger body size made it much less comfortable to hold for reading while sitting or lying. I also talked to one friend who has come to the same conclusion.

Moreover, the keyboard case doesn’t provide the easy grip of a standard trifold cover. So I brought two covers – the keyboard for typing and the trifold for reading:

I am not yet sure what I will do in the future. I may go back to carrying my MacBook Pro and iPad Air. That would give me a robust notebook and an older, lighter weight iPad, perfectly suitable for reading newspapers and other content.

I may sometimes travel just with the iPad Pro. If the trip is short and I don’t expect much time to work while traveling, I think the weight and size savings, ability to work in a crammed airplane seat, plus the convenience of instant on would win over the heavier and slower-to-turn-on MacBook Pro.

The one thing I can say for sure is that you won’t see me doing serious work on an iPhone. I can compete with digital natives on most fronts, but not typing on a small piece of glass. Also, the fact that many digital natives rely so heavily on their phones has not persuaded me that it’s an efficient way of working.

These trade-offs are all first-world problems. Having a choice is great. And your answer for how best to work may differ. As is true for many questions of personal productivity, the key is to understand your options and make conscious and well-informed decisions.