Early last week I published a R&D in Big Law, which lists publicized R&D initiatives in large law firms. I crowdsourced additions and corrections. By week-end, I added a couple of law firms and added a second list for firms with incubators partnerships for R&D.

Typical league tables rank law firms. And I would love to find a way to rank the success of law firm R&D. Even with data, ranking results would be hard. And I suspect data will be hard to obtain. So for now, simply tracking formal R&D initiatives will have to suffice.

Firms may publicize R&D successes but likely not failures. That’s too bad. As the ILTA “Failure Party” sessions illustrated, we learn as much if not more from failure as success. And in the world of R&D, failure occurs on the road to success. “If things are not failing you are not innovating enough” said Elon Musk, perhaps America’s best-known living inventor. 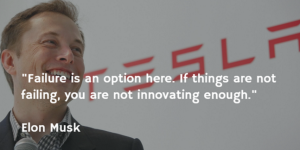 The Rise of Legal Knowledge Management