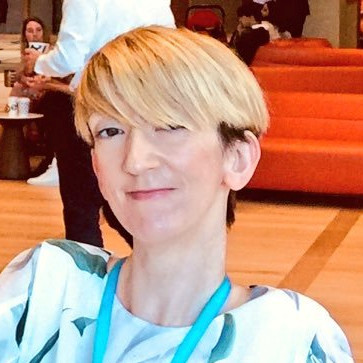 This is a live post. I publish it as a session finishes. Please excuse any typos or misunderstandings of meanings.

Will discuss evolution of her role, library, and research over her decade at BP. In 2008, BP had a big collection of books. It’s no longer feasible to maintain a big collection of books in multiple locations. Furthermore, many researchers, scientists, and engineers were unwilling to walk to library. Those trends combined to move to a more virtual approach (and reduction of print). The transition has been from “Library” to “Technology Intelligence”.

So how did the transition get started? Angela convened focus groups consisting of multiple users. The answer, in 2010, was “just make it like Google.” That was the modal answer. So a key to a new approach would be search. There was a big journey to get to search: licensing rights, source selection, and deduplication. There was a lot of work on the backend to integrate sources and make search easy for users.

The context that drove some of the changes came from BP rebranding, around 2000, from British Petroleum to Beyond Petroleum. That created a rethink mindset that affected how company viewed library and research.

The change in role in Angela’s 10 years has been to a focus today to “cutting edge next-generation intelligence service” to support delivering more energy to the world with less impact on the world (the “dual challenge”).

For the next 10 years, how do we build capability that helps BP make the right decision about delivering new energy sources in new ways. The intelligence function is key to support this initiative. The forces affecting BP include going digital, a more mobile population, and the need to store energy.

Beyond traditional library / research support, the Tech Intel function tracks conferences and events. Increasingly, some of the key insights today are more likely at a conference than in the literature.

Today, there is more emphasis on tracking and analyzing patents. Analytic tools for patents have really improved in last decades. Today, patent analytics is more important than pure patent search. The key is actionable insight. For example, analyzing a company’s patents can provide an understanding of what direction it is heading.

Inspired by Steve Jobs’ “1000 songs in your pocket”, BP and Angela wanted to created “BP’s library in your pocket”. Tech Intel developed an app internally do deliver this. Any BP employee can download this app, which was created with help from a Silicon Valley company. The app cherry picks feeds from all of BP’s subscriptions to deliver the best of via the app. The app provides vetted quality sources, with security, so that mobile employees can stay informed and up to date. One use case is to learn of breaking news before a business dinner.

The app has not increased subscription costs. BP persuaded publishers that it’s all the same users so that the licenses do not need to expand.

So, what’s next? Today, the request is “make the sources like Alexa”. But dealing with multiple accents remains a challenge. Also looking at AI, robotic assistants. Also have to deal with new privacy issues. And gender issues – what gender voice should drive voice recognition systems? (Don’t amplify bias.) The world today is very different than 10 years ago.

BP has held a hack-day and proof of concept for new approaches. One example is trying Iris.ai. It’s training on scientific journal articles, which is key for BP Tech Intel. The hack day featured humans versus robots. This took place a London incubator space. Two teams were given the same research query. One team used traditional human research teams. Team robot used AI and tested if it would learn with interaction. By end of day, Team Human generated the more valuable insights. But the AI did manage to pull together concepts and was impressive for just one day of learning.

The next “big thing” will be the industrial Internet of Things. The physical world is digitizing. New data flows create potential for more sophisticated intelligence. We can see day where AI can advise humans working in the field… just as the hack day showed that eventually AI can assist the researchers.

This idea – Industry 4.0 – will drive the need to up-skill research and library professionals. Angela thinks there is a need for a drastic rethink on who is hired, that is, different post-grad skills. In the future, research will be driven more by connections than collections. Take advantage of AI and other tech advances to automate the routine and easier work – free up the professionals for higher value work. Researchers will provide insight that is fed to internal consumers via multiple channels and proactively, rather than just waiting for requests. “We must design our organizations to embrace the good applications”